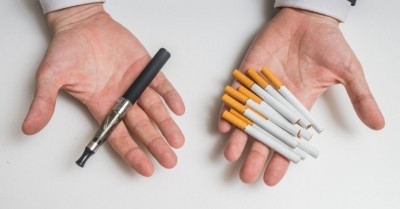 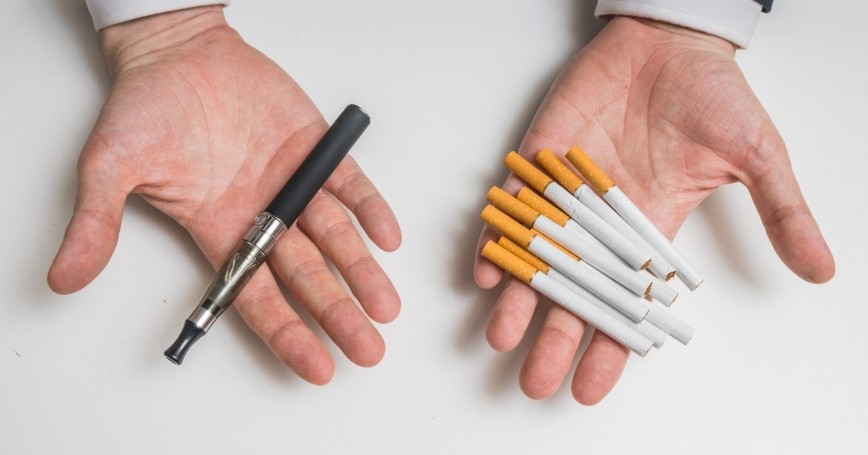 Every discussion of the health risks of vaping should begin with a comparison to cigarette smoking. Vapes are designed to be reduced-harm alternatives to cigarettes, and it’s important to weigh vaping versus smoking because the vast majority of vapers are smokers or ex-smokers.

When it comes to the science though, research often doesn’t directly compare vaping and smoking. That’s a missed opportunity. It’s understood that smoking is bad for you with many health risks, but is vaping bad for you? How does vaping affect your health? Apart from understanding the absolute safety of vaping, it’s imperative to know if vaping is much safer than smoking.

Public Health England has been unequivocal in its findings: PHE says vaping is at least 95 percent safer than smoking. They understand that studying the dangers of vaping alone is only half of the subject, since vaping exists primarily as an alternative to smoking. But because there aren’t many studies that make a direct comparison, the available information on vaping must usually be measured against separate sources discussing the risks of cigarette smoking.

Is vaping bad for your lungs?

Smoking cigarettes causes well-known harm to the lungs. Long-term inhalation of burning tobacco can lead to lung and esophageal cancer, and to a variety of deadly lung conditions like emphysema, chronic bronchitis, and chronic obstructive pulmonary disease (COPD).

Cigarette smoke attacks the lungs in several ways. It contains thousands of chemicals, more than 70 of which are known carcinogens. It also contains particulate matter—fine bits of burned tobacco, tobacco residue and paper—that get lodged deep in the lungs, where it gets buried in the tissue and can lead to cancer and COPD.

But what about vaping? Vaping doesn’t produce known carcinogens in quantities large enough to be considered real risks, and it doesn’t contain solid particles like smoke.

In fact, the things that are most dangerous in burning tobacco are largely absent from vaping. Since there is no combustion in vaping, there is also no tar or carbon monoxide—two of the major dangers of smoking. Vaping uses heat from a metal coil to turn e-liquid into an inhalable aerosol. It looks like smoke, but it isn’t. That said, vaping is not without some potential risks to lung health.

There is some concern over the ingredients in e-liquid: propylene glycol, vegetable glycerin, and flavorings. There is no serious human research on the effects of inhaling PG or VG daily for many years, although animal studies of PG inhalation haven’t raised any red flags. PG has been found to cause minor irritation of the airways, but this isn’t concerning in itself.

Can vaping cause cancer?

Cancers form when toxins damage the DNA of cells and cause them to grow and multiply out of control. A tumor can remain local, or the cancer can spread, and even move from one organ to another (metastasize). Most people are familiar with cigarette smoking as a cause of lung cancer. Lung cancer kills more Americans than any other kind of cancer, and most (but not all) lung cancer victims are smokers or former smokers.

Smoking can cause many other kinds of cancer too, because cancers can form not just from direct contact with smoke particles, but also from smoke byproducts in the bloodstream and organs. According to the Centers for Disease Control and Prevention (CDC), smoking can cause cancer almost anywhere in the body.

Carcinogens have been found in vapes, but at levels that suggest the cancer risk is very low. According to a 2017 study in the journal Tobacco Control, the cancer risk of vaping is on a par with the risk posed by pharmaceutical products like nicotine gum or patches—less than one percent the cancer risk of smoking. According to the study, the only byproducts of vaping that posed a real risk were carbonyls produced by overheating the vape device (as explained in the formaldehyde section of this article below).

Other researchers have come to similar conclusions. A 2016 study published in the journal Mutation Research tested both e-cig vapor and cigarette smoke for their ability to cause cell mutations in bacteria. The smoke caused mutations (mutagenic), and was also toxic to the bacteria, while the vapor was not mutagenic or toxic.

Nicotine itself—either in cigarettes or vapes, or other nicotine products—has not been shown to cause cancer. Long-term studies of nicotine replacement therapy (NRT) and Swedish snus users show no provable link between nicotine and cancer, although there are unproven concern that nicotine may be a “tumor promoter,” encouraging established tumors to expand.

The 2016 Royal College of Physicians report on e-cigarettes says that “robust evidence on the safety of long-term nicotine use in humans from the 5-year Lung Health Study, in which participants were actively encouraged to use NRT for several months and many continued to consume NRT for a much longer period, demonstrates no association between sustained NRT use and the occurrence of cancer (lung, gastrointestinal or any cancer) or cardiovascular disease.”

Smoking kills, but what about vaping?

Cigarettes wreak havoc on the body, damaging the user practically from head to toe. The harms have been proven beyond doubt. But there is scant evidence pointing to similar health effects from vaping—or any health problems, for that matter, unless you count nicotine dependence. But nicotine isn’t directly responsible for any of the terrible harms of smoking.