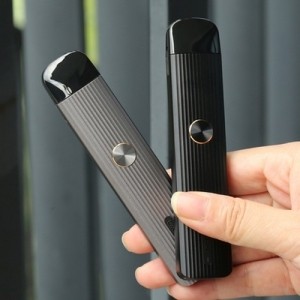 The Uwell Caliburn has been a staple in vaping ever since it appeared back in early 2019. It’s been the vape that every pod system has been put against, and while there have been countless “Caliburn killers” throughout these two years (we are also guilty of that!), the truth is that no pod has ever come close to replicating its success. In many ways, the original Caliburn is the JUUL of refillable pod vapes—at least as far as popularity goes. And now, it’s finally time for the real Caliburn killer to appear on the market.

At a glance, the Caliburn G looks very similar to its predecessor. But look closer and you’ll see that it’s not even a product of the exact same category. The original Caliburn was a prototypical pod system, while the G takes replaceable coils, making it a pod AIO from a technical standpoint. But those are all footnotes here. The question is, will the Caliburn G be the new golden standard for compact vapes? Keep reading to find out! 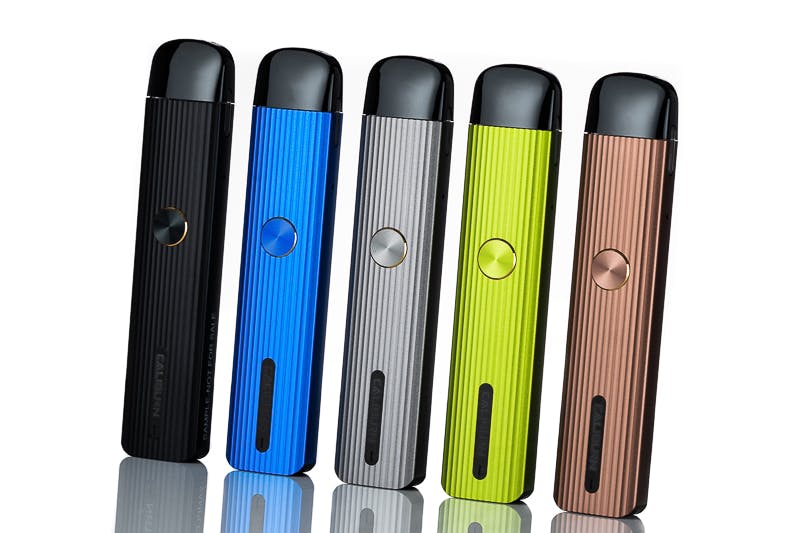 The Caliburn G is almost the same size as the original. It is more or less the same length, and it’s just a tiny bit wider and thicker. If you have been using a Caliburn you’ll barely notice the size difference, and the G is still a compact and very lightweight vape.

From a design perspective, Uwell took the ridges from the corner of the original and expanded them to the front and back of the G. This gives the device a tactility that helps with grip and also makes it look good in my opinion. The firing button now comes with a bronze accent and it is clickier and less mushy than the Caliburn button. They also toned down the branding, with a semi-transparent “Caliburn” print right above the LED light instead of the white font they used in the original.

The mouthpiece is redesigned. It is larger on the outside, but the airflow hole is much smaller this time. I initially found it to be a bit too large for my liking, but I got used to it after a while. The battery still comes with cutouts for monitoring juice levels, and I was happy to see that the windows are now a tiny bit thicker, which makes looking through them easier. Finally, Uwell ditched the magnets and the pods now click in place. I love magnets in pods, but I found this to be an upgrade compared to the very weak magnets of the original Caliburn.

All in all, Uwell kept the form factor of the original and made a series of small improvements on an already well-built device. The G feels better put together and I have nothing to complain about as far as build quality and design are concerned. 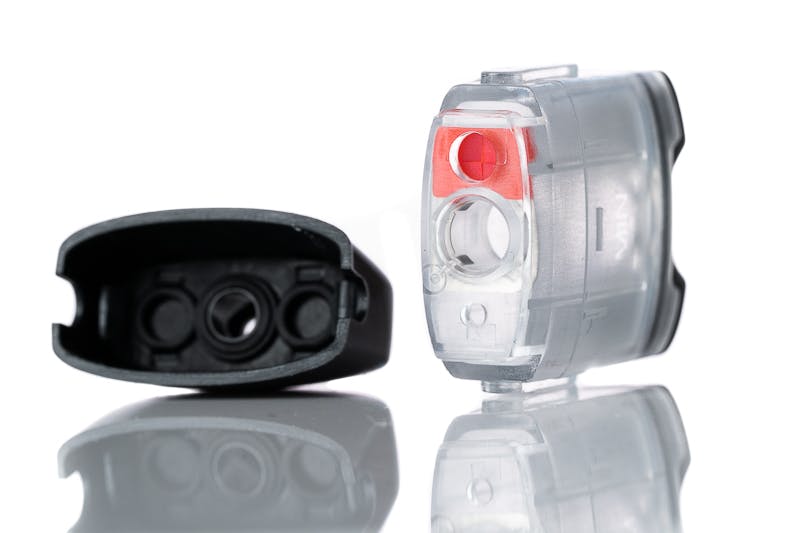 The Caliburn G is now an AIO, so there are a couple of steps added when first setting it up (or replacing coils). But it is still very easy to use.

First, take a coil out and drip 4-5 drops of juice inside it to prime it. Then line up the coil with the hole at the bottom of the pod. The bottom part of the coil is flat on its one side, so it will only fit in the pod when properly oriented. Then take the mouthpiece off the pod by pushing it to the side (it’s easier with the pod inside the battery). Finally, fill the pod by pushing the tip of your juice bottle inside the red filling gasket. Give the pod 5-10 minutes to saturate, press the fire button five times to turn the device on, and you’re good to go.

You can fire it using the fire button, or just by inhaling on the mouthpiece. I didn’t notice any difference between the two firing modes, but you can get a bit of a warmer vape by pressing the fire button right before inhaling. Note that the Caliburn G offers two airflow options—depending on the orientation of the pod. One is supposed to be MTL and the other RDL, but more on that in the following section.

I was happy to see that the Caliburn G features the same practical top fill as its predecessor. One thing I noticed though, was that the filling gasket chipped inside one of my pods. But since the pods take replaceable coils, I got rid of it by giving the pod a quick wash before changing the coil. 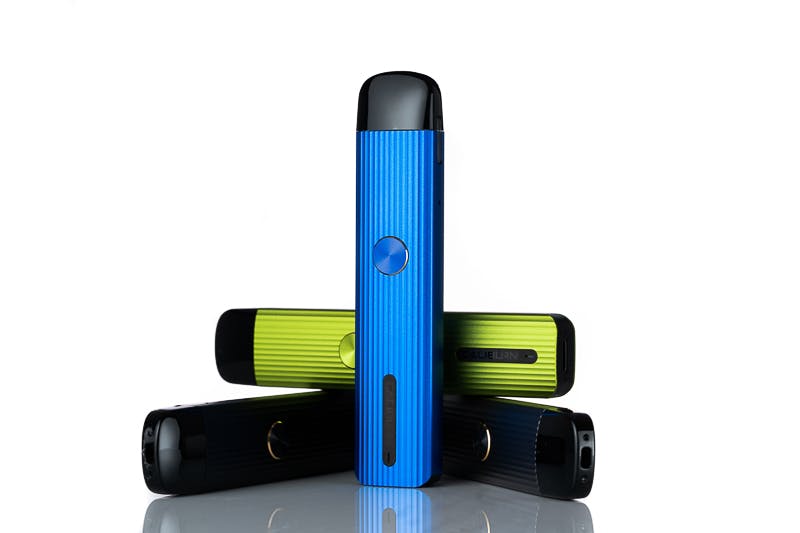 This section will feature another series of comparisons between the G and the original Caliburn, so I think it will be useful to start with a note. If I had to sum up my experience with the original Caliburn, it would be something like this: great flavor, warm vape, mediocre throat hit, not a huge fan of the loose draw. I really don’t see the point in vapes that fit in this area between MTL and RDL—I always feel that there are better options for these two types of vaping. And it didn’t take more than a couple of puffs for me to realize that the Caliburn G picked a side and stuck with it.

The Caliburn G is an MTL vape, period. It goes from a tight MTL to a slightly loose MTL depending on the orientation of the pod and, interestingly, both airflow options are tighter than the airflow of the original. In fact, I am wondering if they did that on purpose; Uwell could easily make the looser airflow option even airier and cater to the fans of the original. But as far as I am concerned, having two MTL airflow options is like an early Christmas present; I’ve been using the Caliburn G for close to two weeks now, and I am still not sure which of the two airflows I prefer!

But while airflow preferences are subjective, there are areas where the Caliburn G objectively improved upon the original. The flavor is flat out impressive, and the vape is even warmer now. These were supposed to be the strong suits of the Caliburn, but I put it directly against the G and there’s no comparison, really. The new airflow also improves throat hit significantly, and I find 9 mg regular nicotine very satisfying on it. It’s also great with 20 mg salts, and I don’t feel the need to go higher—which is what I’ve been doing with most of the “Caliburn killers” I’ve tried the last couple of years. 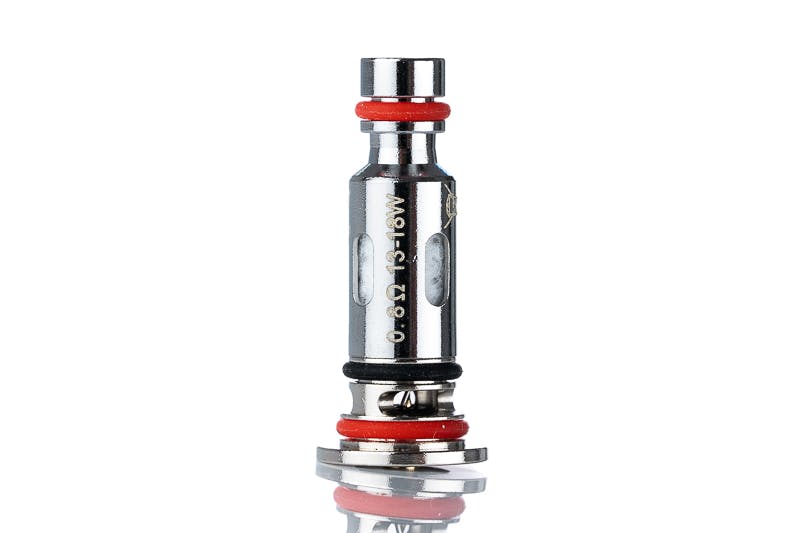 The coils wick 70 VG juices easily and I haven’t had anything even resembling a dry hit, even when chain vaping it for long periods. Also, no leaking whatsoever on the contacts. As for coil life, I’ve been using three Gs at the same time, but I have gone through nine full pods on one of them. The coil still vapes alright, but it feels weaker and I wouldn’t run it for much longer. Your mileage may vary depending on the juice you are using (I’m using a very clean and clear cherry tobacco at the moment), but I am satisfied with coil life.

As for cons, I really don’t have much to say. I wish it were a constant output vape because it does get a bit weaker as the battery is depleted, but not by much. I also wish they had somehow made it into a 900-1000 mAh device because this way I would have been able to shelve every other MTL vape I own. But that’s not even a real con for the majority of people who are after a pocketable vape. All things considered, the performance of the Caliburn G is impressive, to say the least. 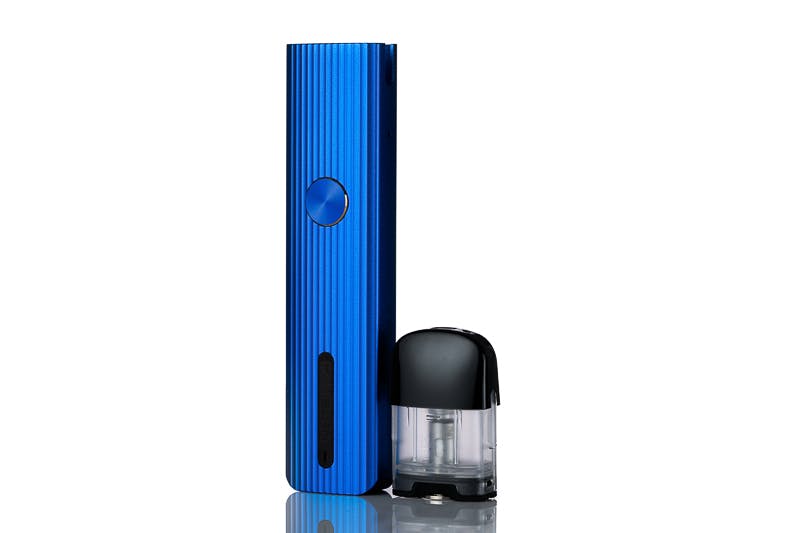 The Caliburn G houses a 690 mAh battery and charges through a Type-C port that’s positioned at the bottom of the device. Expect to go through around one and a half pods before having to charge it. I was getting around two pods from the original Caliburn and its 520 mAh battery, but the G pushes 18 watts instead of 11.

The LED will light up every time you push the button or inhale on the mouthpiece, and its color indicates battery level:

I timed a full charge at 45 minutes. The LED will flash slowly when the device is charging and will stay green when it is fully charged. Finally, the Caliburn G supports pass-thru, so you can use it while it is plugged in.

- Larger mouthpiece may take some time to get used to
- Direct output (gets weaker as the battery is depleted)
- Battery could last a bit longer (appx. 3 mL) 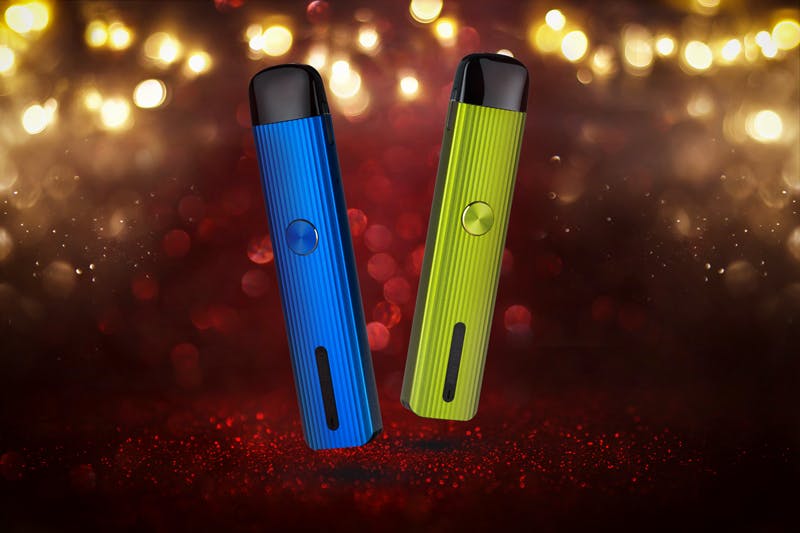 The Caliburn G is one of those rare MTL pod vapes that don’t need high nicotine to shine. I can see it becoming a huge hit in the EU where the TPD imposes a hard limit at 20 mg. But regardless of where you are on the map, the G is a vape I can highly recommend. It is a great performer that’s very easy to operate, and I’d advise anyone reading this to give it a try—that goes for both beginners and experienced vapers.